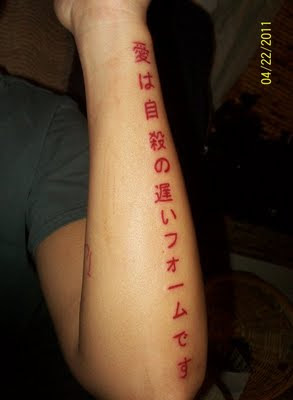 My guess is that someone just threw the sentence "Love is a slow form of suicide." into Google translate, translated into Japanese and tattooed the puzzling results onto the arm of the unsuspecting customer.
Posted by tian at 1:31 AM 18 comments: 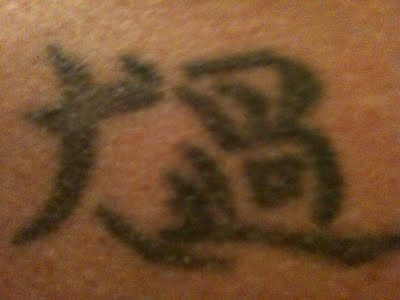 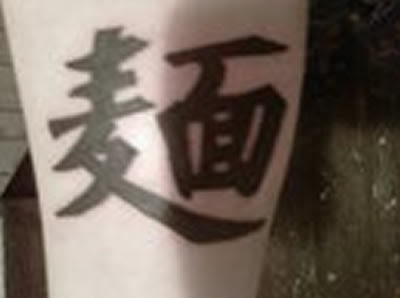 I thought I'd send you some pictures I found from www.checkoutmyink.com of truly terrible Chinese tattoos. There's so many awful mistakes, I don't even know where to begin! 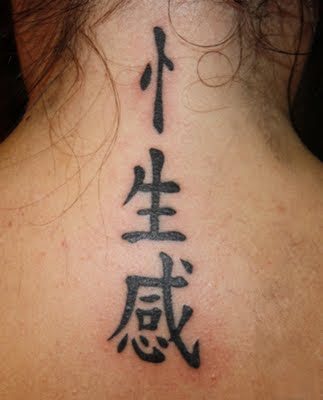 First character of 性感 (sexy) has been split into two! 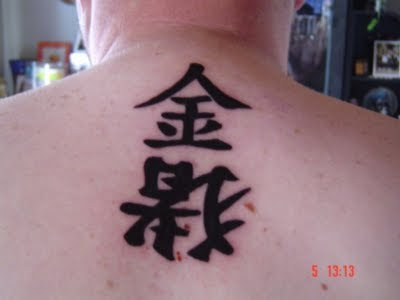 Why would anyone tattoo "golden pig" on his back, and why is the character for pig, 豬, upside down?!
Posted by tian at 9:18 PM 3 comments: