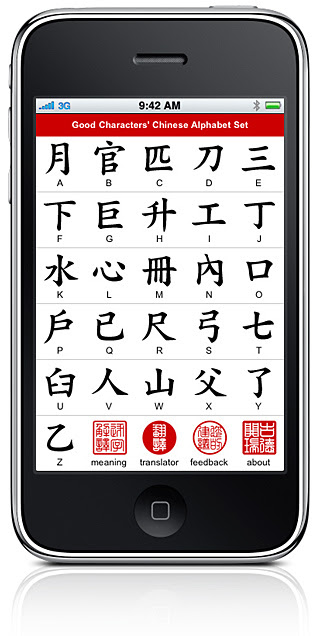 The application uses a set of random Chinese characters to correspond with 26 letters in English alphabet. The company claims this will "add mystery to your writing".

At least they are smart enough to put up this disclaimer at bottom of the page:

"The translation provided by Chinese Alphabet is intended for personal use and entertainment only. Not recommended for tattoo artists to use this to tattoo their clients, iPhone app developers to localize Chinese apps, CIA agents to communicate national secrets, or security professionals to encrypt passwords." 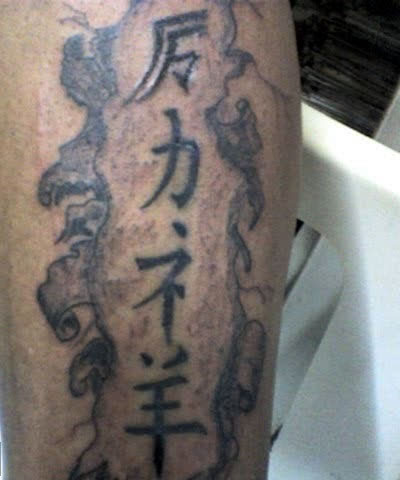 At firs, it looks like pure gibberish - mixed Japanese and Chinese characters:

But then he decided to switch from horizontal to vertical writing, and then split up the characters at the wrong places, making two characters into four.

The story goes like this: I study Japanese for several years now, and I can read about 1400 kanji more or less. One day, my co-worker approaches me with his cellphone. "Can you tell me what this says?" he asks me, showing me a photo of a piece of fabric carrying the kanji 私変態. I take a look, and reply "It's not grammatical, but it basically says "I'm a pervert".

"'I'm a pervert'. The first character means 'I', the other two mean 'pervert'", where did you get that from, anyway?

Yes, I suppose it *could* mean "metamorphosis", but really, outside scientific contexts, it's almost always means "pervert". Or am I wrong? 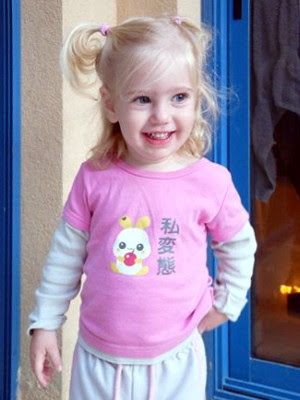 Cute kid, though. The "bunny" or whatever kind of cute animal that is also on the shirt is a nice touch. We have obviously uncovered a diabolical plot to "pervert" innocent youth with inappropriate hanzi!
By the way, the T-shirt would be cuter and better if it was grammatically correct, like:
私、変態なんです。[I ... am a pervert.]
私、変態かも…[I might be a pervert...]
As it is, it sounds more like Tarzan-speak: "me - pervert." You kind of expect "you - Jane" next.
Posted by tian at 9:23 PM 15 comments: