My neighbor directed me to your site after I mentioned to her that my husband had a kanji tattoo.

He tells everyone that it is supposed to mean something along the lines of "to fight is to suffer", and then it later came out that he had gotten the tattoo for his ex-fiancée soon after they split up (before we ever met).

I would be VERY interested to know what it translates to, because he says that he researched it really well before he was inked.

PS- He has said before that the dragon and the kanji are not related, and that they were drawn up at different times.

I would really appreciate your help. 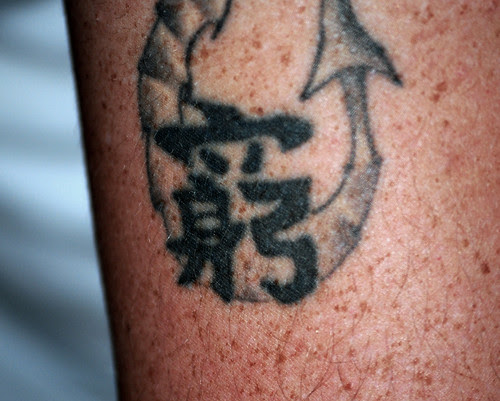